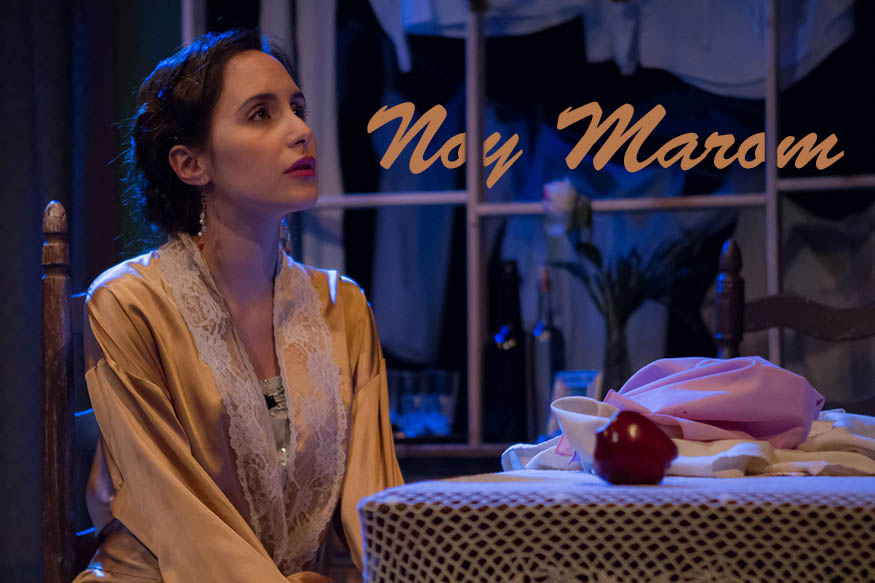 Today we’d like to feature a driven, beautiful theatrical talent which we’ve had the pleasure of assisting with promotional work. Although there is a plethora of theater opportunities in the states, especially acting meccas like NYC and Los Angeles, we need to do more to support theater and the actors who make it all possible. Theater reminds us what freedom of expression is all about and allows us to appreciate a universal culture consequently preserving cultural works of art from past years, decades, and even centuries. It gives us the ability to interact with our interpretive imagination and take a breather from the digital world. Theater also helps to illustrate situations and dilemmas we may not be held privy to in our everyday lives, and social change is often times inspired through the arts. This is why we love to support the arts and work with accomplished actors and musicians alike.

Noy Marom is an Israeli

actress who is currently based in New York City. She is a recent graduate of the renowned Stella Adler Studio of Acting. She has also trained at the Barrow Group, the Nissan Nativ Acting Studio, and Grace Kiley Acting. Noy is a founding member of the Viagro Ensemble, an international all-female theater company whose mission is to empower women’s voices by sharing old and new works created by female-identifying writers.

Some notable theatrical and film work include:

Noy has spent a lot of time mastering her chosen craft and we’re excited to see which theatrical works she will apply them to next.