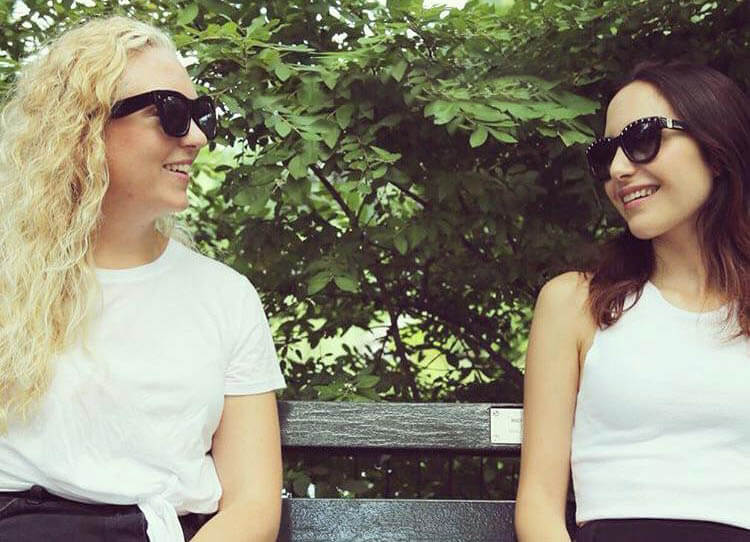 Noy Marom is an Israeli actress based in NYC.
She was born and raised in Israel and moved to New York in 2014 to pursue acting.
Noy is a graduate of The Stella Adler Studio of Acting, class of 2017.
Other training and workshops include: Grace Kiley Acting, The Barrow Group and The Nissan Nativ Acting Studio (Israel).
Theater credits include: Dian in Escape from Happiness, Sara in God of Vengeance, Eva in Last Summer at Bluefish Cove.
Noy acted in many short films and recently co-produced and acted in the short film A New York Moment.
Noy is a founding member of the Virago Ensemble, an International all-female theater company, striving to empower women’s voices by sharing old and new works created by female-identifying writers.

Q: Give us a little bit of background about the story and the production:
A: “A New York Moment” is a short film I recently co-produced and acted in.
it’s a special collaboration between friends who are also international artists.
It tells the story of two good friends, Dana and Molly, both facing the struggles of pursuing their dreams in the big apple.
The story takes place in a park in NYC and it gives us a look into their journey as individuals and as friends. Their hopes and dreams, love affairs, friendships and struggles. The best friends try to stay together and support each other through it all, but they’re about to face another serious difficulty along the way.
Will they be able to overcome it all and remain best friends?

Q: Why did you decide to tell this specific story?
A: Amanda Erixon (who also acted in the film and co-produced it with me) and I really wanted to work on a project together, and since we’ve already worked on a number of different theater production in the past, we wanted it to be a short film this time. It was important to us that the story would be related to our journey as artists- about what it’s like to live in a different country and go through the struggles of following your dreams.
We discussed the idea with her friend, Anthony Demare, who’s an actor and a writer and he was very interested in collaborating. We presented him with the aspects of the story that were important for us to share and he wrote a wonderful script that really touched us.
The next step was bringing this story to life. We tried to keep the project within our circle of friends and we found a wonderful talented group of professionals who really helped us to make it happen. It was a relatively fast process, since we were all very passionate about this project.

Q: What was your process in developing you character?
A: It was a very organic process. I immediately felt a very close connection to the character, undoubtedly because I was acting alongside a good friend of mine. So the history, the chemistry and some of the circumstances (As briefly mentioned, the story is about two friends, both actresses- one from Sweden and the other From Israel, living in the big apple and working towards their big break), all of those things were already there to help us with the personalization and with finding these characters.
In general, I always try to highlight the similarities and differences between the character and myself. It’s very important to find yourself within the character and the other way around, but also to find the character’s own unique voice.

Q: What would you say was the biggest challenge in playing this character? Is she very different from you?
A: Dana is definitely different from me. She’s tougher than me and she doesn’t really let anyone in. She’s more of a loner and she keeps to herself. I had to really search and find that part of myself and to make it work for the character under the complicated circumstances she is facing. I think I’m more sensitive and vulnerable than she is. She’s also very sensitive, but she has a different way of showing it and it affects her actions differently. It was a challenge for me, but I’ve learned a lot from this process.

Q: What makes this project different and unique?
A: I think the main thing that’s unique about this project, is that many artists going through the same struggles as the characters, can really find themselves in the story. It’s a short film with two characters, a brief moment in time, but the story is universal and what it really comes down to is the message that there’s always a light at the end of the tunnel.
Another thing that makes it special is that, as I’ve mentioned earlier, it’s a collaboration between an international group of friends and artists from different countries: I’m from Israel and so is the producer and coordinator Vered Rodrigues. Amanda Erixon is from Sweden and so is the PA Emilia Björnsdotter. The writer, Anthony Demare is from Canada. The director, Flemming Laursen is from Denmark and the Sound technician, James Boylan is American.

Q: What was your favorite part about making this film?
A: My favorite part about working on it was that I got to work with good friends of mine, who also happen to be brilliant artists. Working on a film set can be a very stressful experience. There’s always a lot to do and very little time to do it. Everyone really stepped up their game and it was a true collaboration. that’s what made the process and this film so special.
Q: What is the next step for this film?
A: We’re currently submitting it to Film Festivals world-wide and we’re very excited about it. We really believe that it has a strong message that could help a lot people. It’s about following your dreams even when times are rough and to not give up.
It’s a project that’s very dear to my heart and I am very proud of this film.

Q: What do you have coming up:
A: At the moment, I’m mainly focusing on writing new work for future projects.
As always, I’ll keep looking for interesting, inspiring projects that will challenge me and will help me grow as an actor.