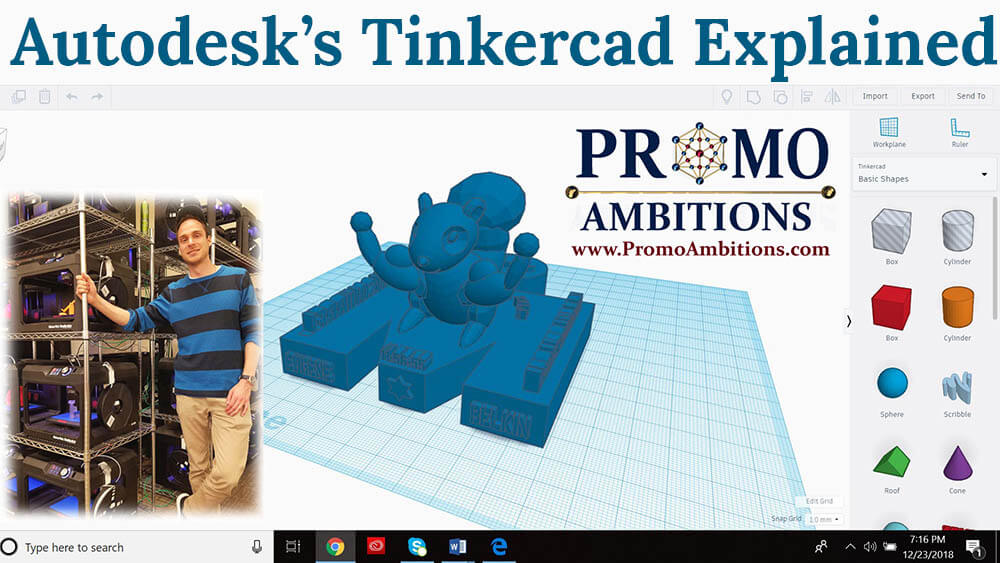 If you’re new to CAD design for 3D Printing, Tinkercad is definitely the program to start with. It’s a very powerful, user-friendly platform for CAD beginners and entry-level 3D Printing enthusiasts. By manipulating shapes and then adding or subtracting them from other shapes, you can create a lot of unique things or recreate existing objects in the world.

A comprehensive discussion about the Tinkercad interface and shape movement

A discussion of the hole, group/ungroup feature, the align tool, and the flip tool

Everything you need to know about importing, exporting, sharing, and downloading files

Object Options:
Select object(s) and then perform the following action(s)…

Change the size of an object:

I’ve been a 3D Printing enthusiast and an entrepreneur for many years now and it all started with Tinkercad for me. By learning the ins and outs of Tinkercad, you will not only be skilled in this particular program, but you will also have the foundational knowledge to progress and be successful at other 3D Printing programs. I currently work with Fusion 360 which is an advanced 3D Printing computer-aided design program. It also happens to be developed by Autodesk (the same company that bought Tinkercad in 2013) which is awesome because the progression from Tinkercad to Fusion 360 is a relatively smooth one.

Want to see how 3D Printing is applied in various industries all over the world? Check out the below videos!

How Entrepreneurs Can Profit from 3D Printing

On a business level, the 3D Printing space is a competitive one, but it can still be a lucrative one. The purpose of this resource is to provide aspiring entrepreneurs and 3D Printing enthusiasts with various ideas on proven ways to make a profit using CAD and three dimensional printing machinery.

Check out the video or visit the full article here.

Appreciate this guide and wish to donate to support future content?